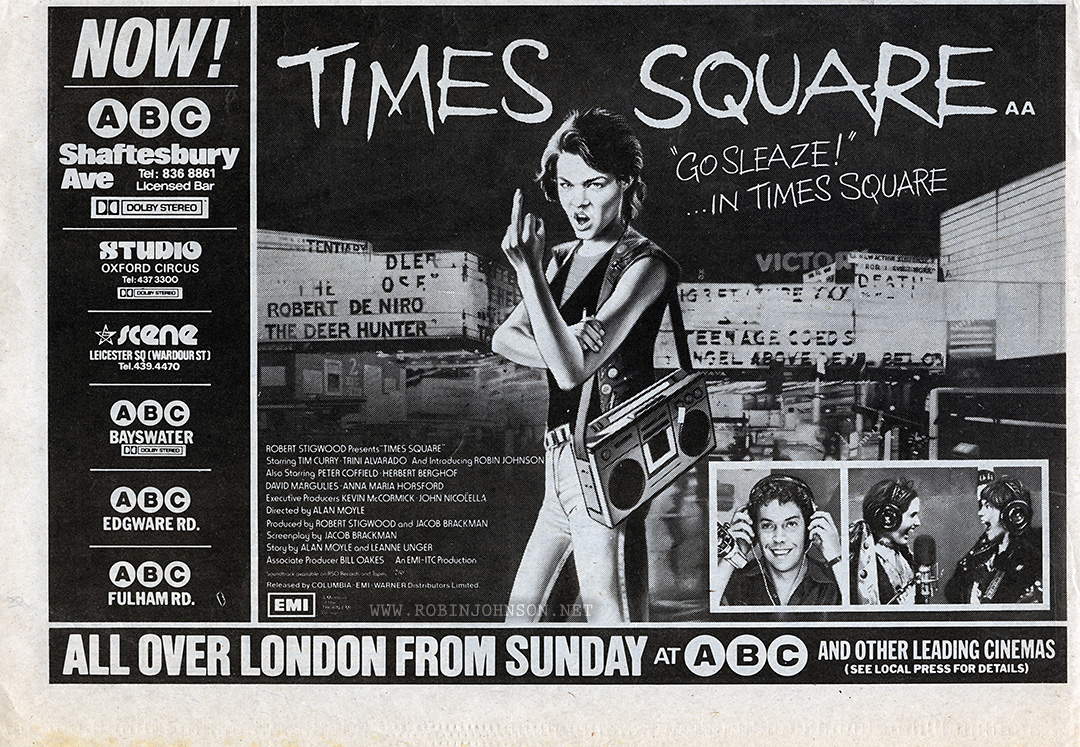 Times Square opened in the US on October 17, 1980, to mixed reviews. The mix was, the critics loved Robin Johnson's debut performance, but they despised the film.

On the film's opening day, Janet Maslin reviewed it in The New York Times:

"I know this won't be easy to believe, but the real Times Square is nicer than the movie of that name... a movie best listened to via soundtrack album if it must be noticed at all. ... The action is so false, the characters so unsympathetic and uninteresting, that after a while the music begins playing the only dominant role."

To be fair, she didn't care for Robin's performance either... but she also got her name wrong, calling her "Robin Young." Go figure. 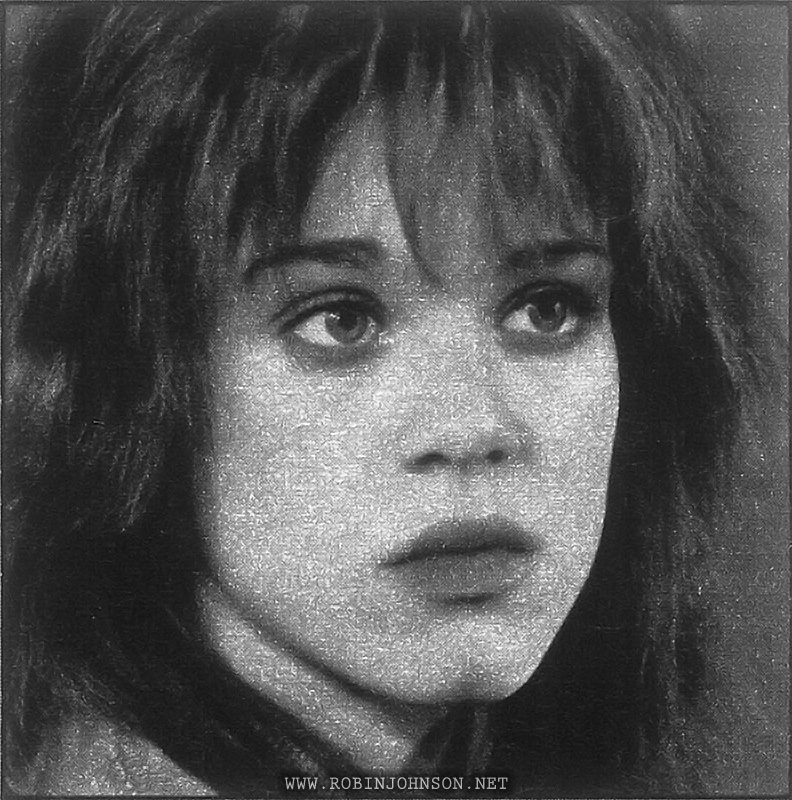 Seventeen ran a "Spotlight Close-Up" on Robin in October 1980. "I hate punk music," she said, "the real punk that comes from England -- The Clash, Sex Pistols. They're maniacs..." 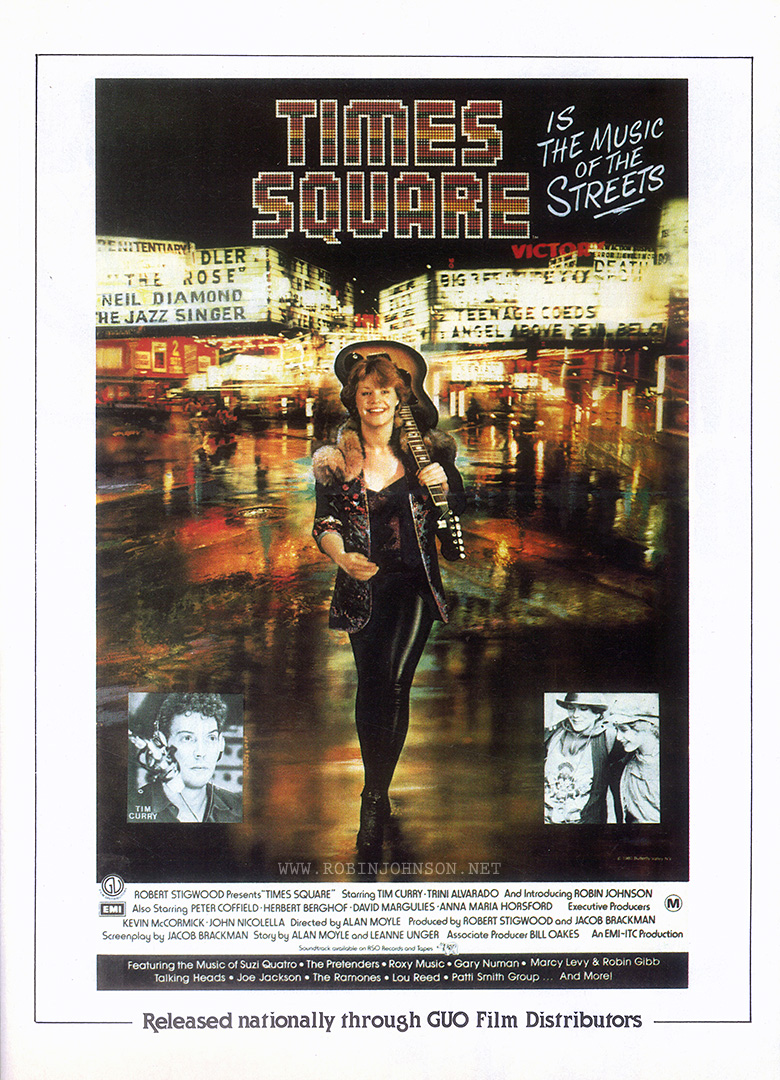 Terrry O'Brien in his appraisal of the film said:

Robin Johnson, in her movie debut, is a sensation. Her Nicky is vibrant, exciting and fragile... She is a find of the first order! 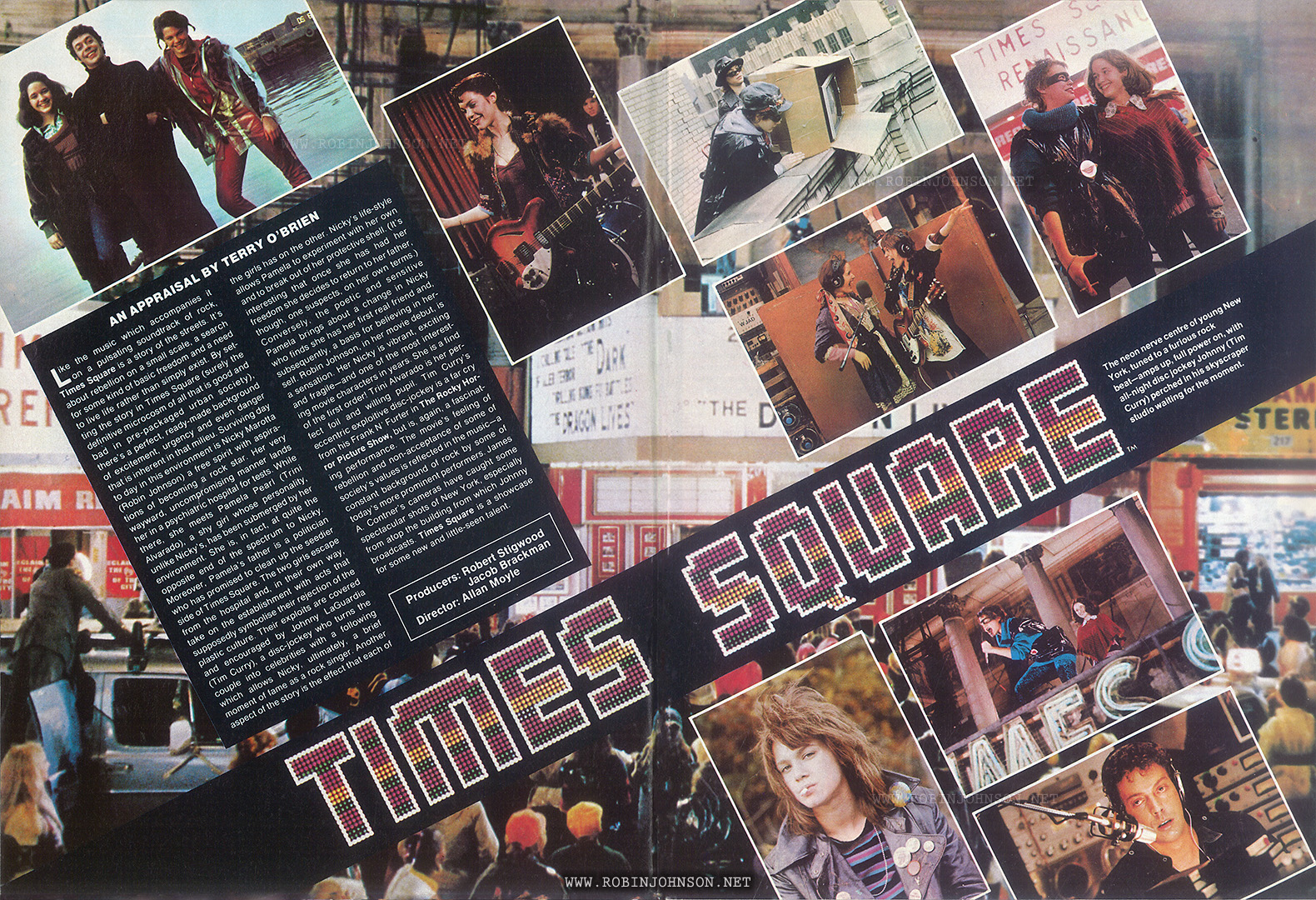 That same month, in Films Illustrated, one reviewer rated Times Square a "dud" and one rated it "good." The one who liked it, David Quinlan, wrote in his review that the film was silly and nonsensical, but succeeded anyway because of its music and the "youthful raw energy" of the two young actresses, especially (ta-da!) Trini Alvarado.

Times Square opened in West Germany on May 21, 1982. I don't think Robin went to that one. 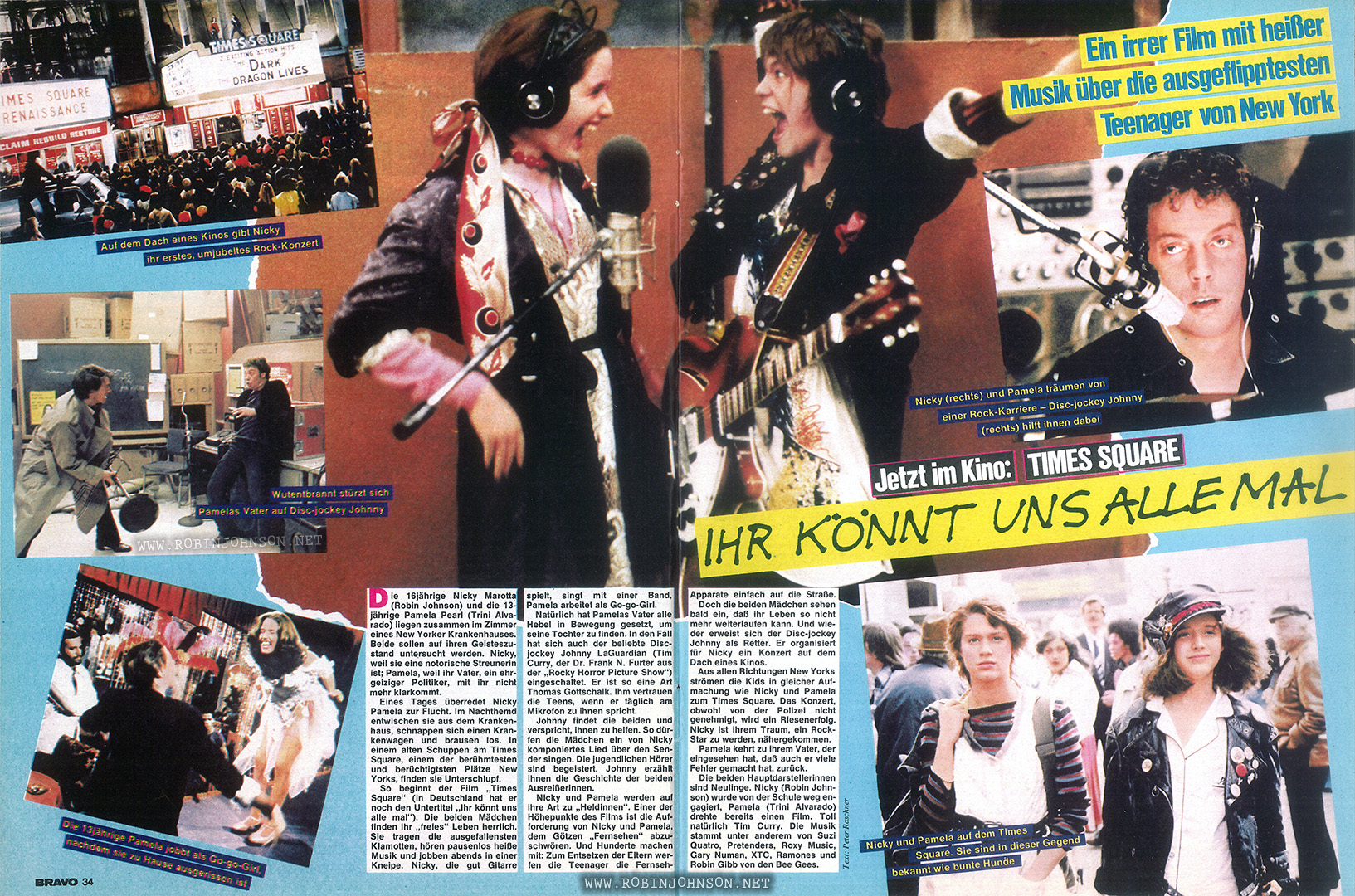 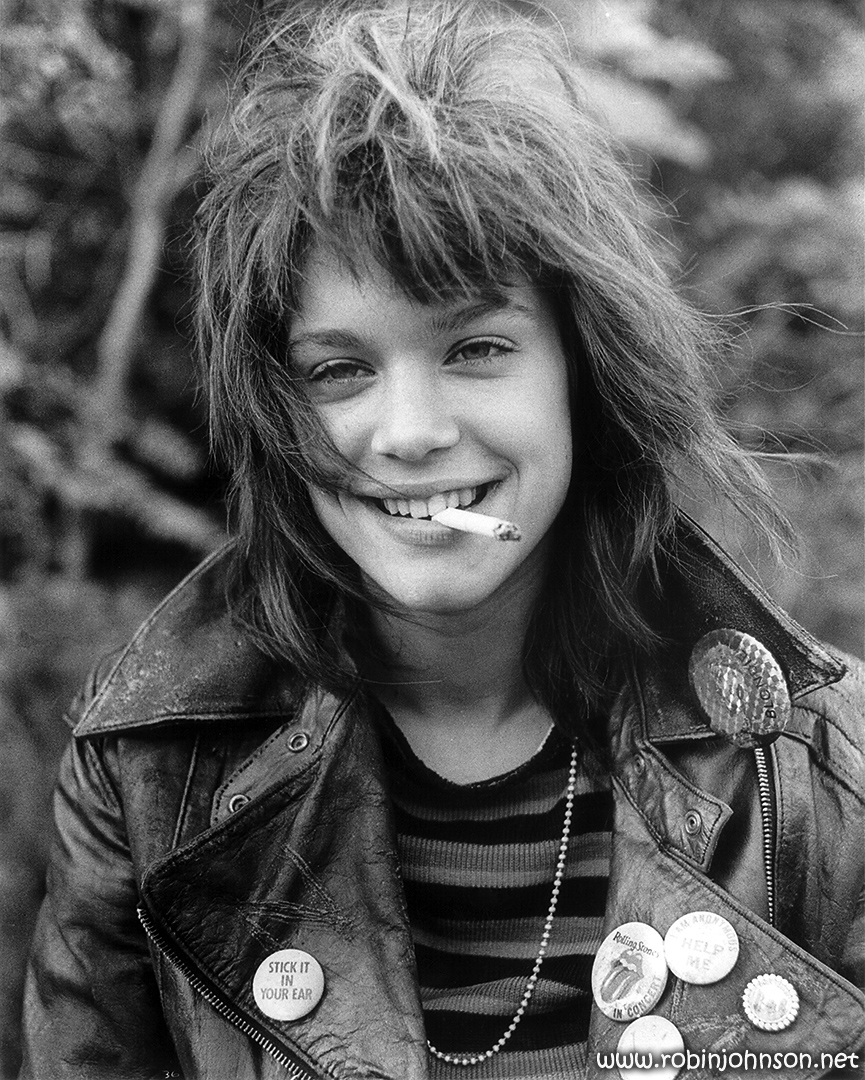 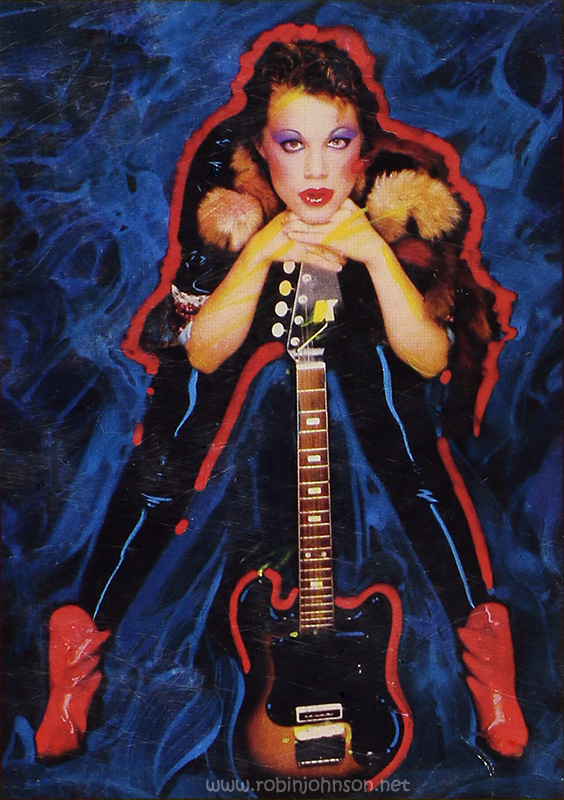 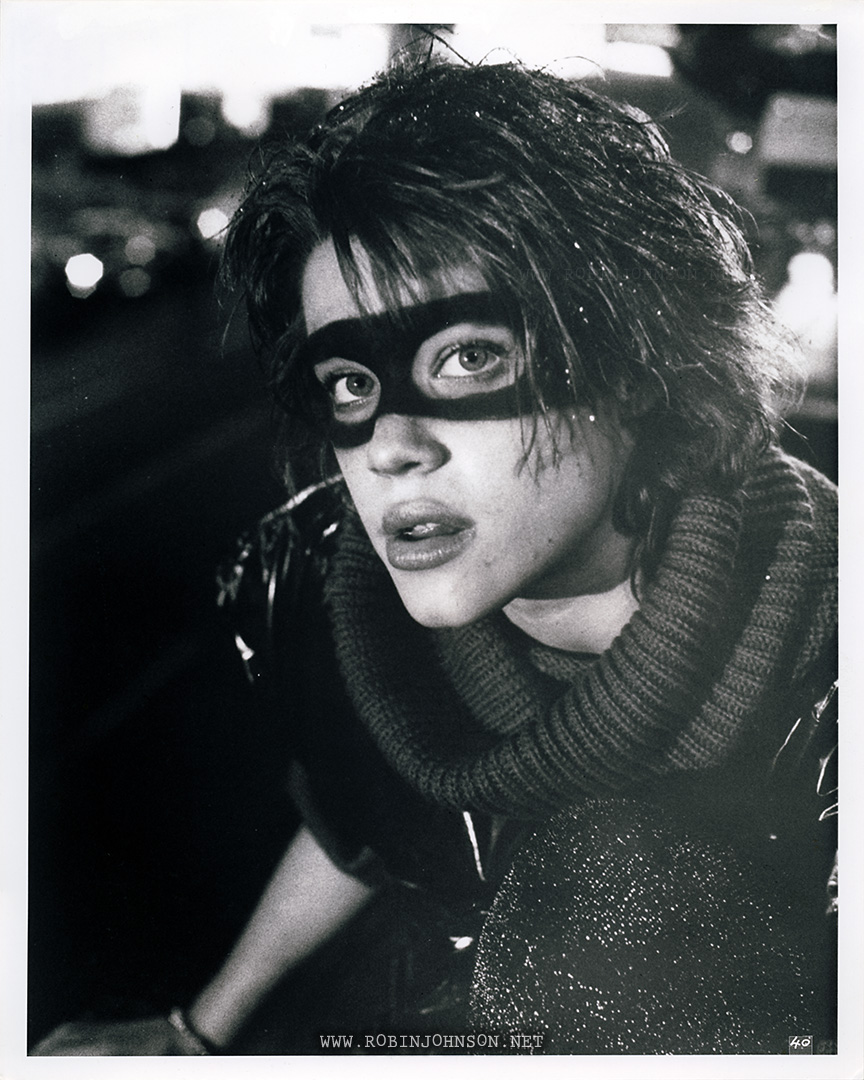 Come on over here and open yer big mouth!

Next, I'll see if I can collate some of the Times Square information and ephemera I've come across on the Web. Hang on there, Slick.

Here's one. Odds are, if you're here, you know Times Square forwards and backwards, so I won't synopsize it here. Besides, many others have already done so... one of the best is here, part of a really good Trini Alvarado fan page. I have some extremely minor issues with the typos in the earlier entries, and with a few of the opinions expressed, but hell, they are opinions, thats what they're for.

His site is frame-based, and the links I provided above will only open the single frame, so his links may not work properly if you go there from here. Here is the main Trini Alvarado fan page.

The webmaster also does something I always planned to do but now don't have to, and that is visit the sites where Times Square took place, although I'm fairly certain he's got one of them wrong:

He mentions visiting the site of the warehouse pier Nicky and Pammy lived in, on the Hudson river at the end of 56th Street, and being so devastated at its total annihilation that he couldn't even bring himself to take a photo of what remained there. He's right, at the moment there's massive construction going on at the end of 56th Street, and the piers there are now used to store sanitation vehicles and mountains of road salt... but it doesn't matter, 'cause he went to the wrong place.

And it still doesn't matter, because Pier 56 is now completely gone. There's nothing there except a bunch of wooden pilings sticking up out of the water, behind a huge fence. Pier 54, just to the south of Pier 56, is now a part of Hudson River Park, and the big arch that once composed its front is still standing... but Pier 56 is GONE. You can see a before and after picture at Forgotten-NY, just scroll down to where it says "13th Street and 10th Avenue."

Later, in a discussion of the film Cruising, Mr. Dankwa notes that the piers in that film, which he thought were the same as in Times Square, are actually on 14th Street... it's phrased ambiguously though; I don't think he realized that it was the same pier, and it was 14th Street in both films.